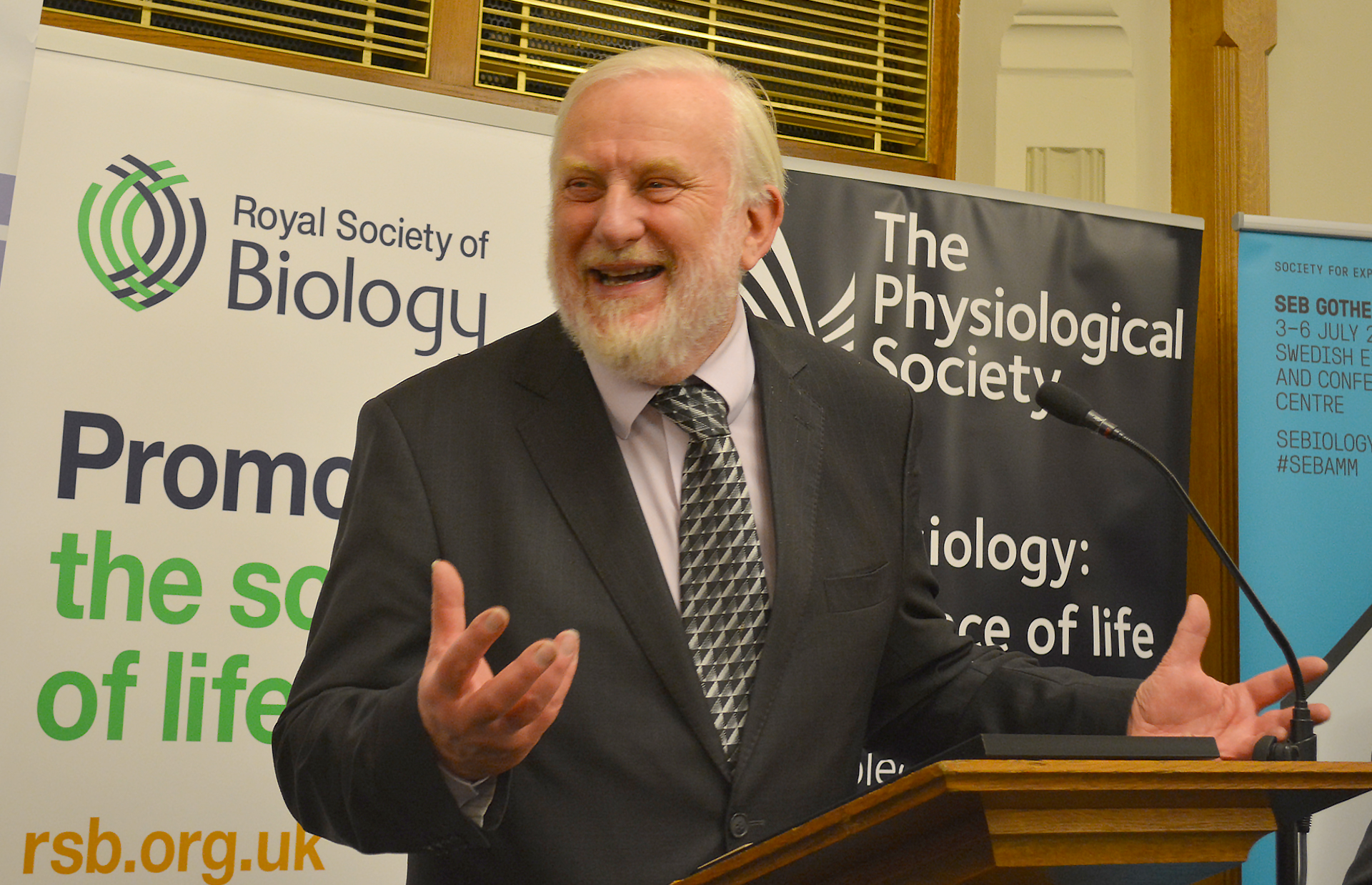 Science has lost a great Parliamentary friend with the untimely death of the former Chair of the Parliamentary & Scientific Committee Andrew Miller who died on Christmas Eve 2019. He was 70.

Andrew was involved in science ever since 1992 as MP for Ellesmere Port & Neston to which he was re-elected five times.  His previous experience as an official in the Manufacturing, Science and Finance [MSF] trade union brought with it a predisposition to take an interest. He had earned a diploma in industrial relations from the London School of Economics and had worked as a laboratory technician at the then Portsmouth Polytechnic. Andrew had been born in Isleworth, west London and was educated in Malta (about whose politics he was always well informed) and later Hampshire.

As with any MP Andrew also found himself involved with constituency issues.  As a local MP he became embroiled in 1997 in a very famous and tragic case involving a young British woman who had been the carer of a baby in the USA and whose parents blamed her for the death of their child. He was an assiduous local MP and played a key role in helping to support, and bring closure, to his constituent.

He was active in many other areas too – he chaired the House of Commons Regulatory Reform Committee in the early 2000s and in 2007 he piloted the Private Members’ Bill that brought the Agency Workers Directive into UK law – but Andrew was always rightly proud that in 2010 he became the very first directly-elected Chair of the House of Commons Science and Technology Select Committee. It gave him an authority unmatched by his predecessors.

He also valued the opportunity that this gave him as a member of the Commons Liaison Committee so that he could (and did) raise science issues directly with the Prime Minister.

He set about making the Select Committee as active as possible and in combination with his Chairship of the P&SC this made Andrew the dominant voice of science in the 2010 Parliament.

There were times when the Select Committee under his guidance had to move very quickly indeed as, for example, when Pfizer gave no notice to Parliament of the closure of their important site in Sandwich. Andrew convened an emergency hearing and the Committee’s report discovered that the closure plans had been in the preparation for much longer than officially admitted.

As Chair of the Select Committee he ensured it benefitted from some very capable specialist assistants in the committee office. On one occasion he successfully used their expertise in the production of a very authoritative Select Committee report on rare earth metals.

He also nurtured and encouraged fellow Members with an interest in science and presided over a Select Committee that really made its mark in the 2010 Parliament (and has continued to do so since).

Andrew was a staunch supporter of all the major science events in the House. STEM for BRITAIN was a particular example. He worked tirelessly (as did his office) to make it the foremost example of bringing science research into the House where early career researchers presented their work and explained it to their local MP.

Voice of the Future was another. He once described it as “like no other event on the planet” and led his fellow MPs in answering Questions from young scientists and engineers.

He strongly supported Parliamentary Links Day where each year he took the lead in welcoming scientists and Parliamentarians to the House on the biggest single day for science in the Parliamentary calendar.

He presided over the P&SC’s 75th Anniversary in 2014 and welcomed the then Prime Minister Rt Hon David Cameron MP to the celebrations held in the House. He was also present at the special celebration held at Buckingham Palace hosted by HRH The Duke of Edinburgh (the longest member of the P&SC to this day).

Andrew was hard working and widely liked and admired throughout and on both sides of the House and was as familiar a face in the tearoom with fellow MPs as he was in the Stranger’s Bar with visiting scientists. His bonhomie was infectious and well-intended and as Chair of the P&SC he encouraged many interesting discussions at dinner after the formal meetings had concluded.  He was always very proud of his family and sometimes referred to them in oral evidence sessions.  He also took the lead in improving links with the science community in the USA.

He chose to retire from Parliament and as a result could return to visit it with his head held high – which he did from time to time. Standing down also enabled him to do other things that he had planned to do to help science – sadly not for as long as he had originally hoped.

On the 26 March 2015 – at a Parliamentary Farewell just before he left the House – no less than 20 science organisations gathered together to thank him for all his work on behalf of science.

He returned to the House in 2016 to receive a Lifetime Achievement Award for Outstanding Contribution to the Cause of Science and he was surrounded by all his many friends in the science community.

In the 2010 Parliament Andrew bestrode the House like a scientific colossus for he chaired the two major science committees (S&T Select Committee and P&SC) at one and the same time. He came to regard it as the happiest of the five Parliaments in which he served over 23 years.

He will be greatly missed and will always be remembered.

The British Ecological Society (BES) is looking to recruit a new Policy Committee Chair who is committed to generating, communicating and promoting ecological knowledge and solutions. The remit of the Policy Committee is to develop and oversee the delivery of the Society’s policy work.”

It is with sadness that we record the death of our former Scientific Secretary Professor Peter Simpson FIMMM CEng, who died on 24th April 2019 at West Middlesex Hospital, Isleworth.

Peter was a member of the Parliamentary and Scientific Committee since the last Millennium and loquaciously represented the often forgotten voice of geologists.

Formerly Professor at Imperial College and Scientist at the British Geological Survey, when a vacancy for the post of Scientific Secretary became available, Peter stepped into the role. Through his amazing network of contacts at Imperial College  and Cambridge University he provided the Committee with an almost endless stream of top quality speakers. During his time the Associate Parliamentary Group on Engineering was subsumed by the Parliamentary and Scientific Committee and Peter still managed to provide quality speakers on all relevant issues of engineering.

Despite physical disability and frailty Peter was an extremely determined academic  who showed tenacity through a variety of adversities including a period when his administrative secretary, at very short notice, had to take sick leave for a period of seven months.

Peter was the beloved husband of Professor Jane Plant (deceased), father to Emma and Thomas and grandfather to Max and Sonny. His boundless enthusiasm for life and his breadth of knowledge and experience inspired many. 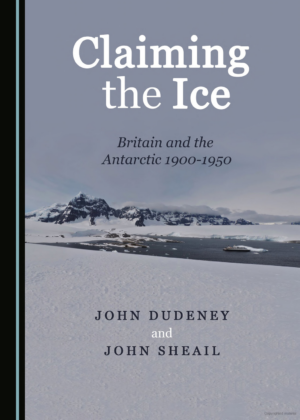 A new book by John Dudeney and John Sheail

It is over a hundred years in Antarctic history since the British Government formalised its claim to the Falkland Islands Dependencies, and 75 years since continuous occupation began. This book explains why and how, using the voices of the Ministers, and more particularly their officials, who shaped government policy.  Until now the unsung heroes of Britain’s long involvement in Antarctica, they collectively had a far greater impact than any of the famous Antarctic explorers of the last century. The book draws heavily upon documentation from The National Archives to chart the twists and turns of policy making for the first 50 years of the last century, showing how the priority shifted from a focus on sovereignty to the first glimmerings of internationalisation. It is a story of a great whaling industry, of territorial conflicts and tensions, and how science ultimately came to underpin Britain’s policy. 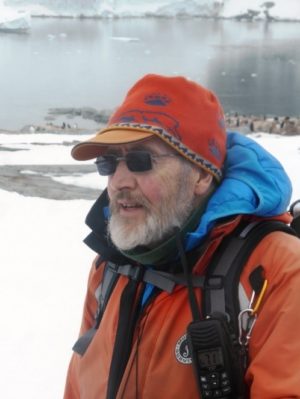 P&SC member John Dudeney has over 50 years of Antarctic experience, first a scientist and administrator at the British Antarctic Survey, retiring as Deputy Director in 2006, then as a researcher in Antarctic political history and lecturer on Antarctic tour ships.  He has travelled many times to Antarctica, including two winters in the 1960’s.  John has over 90 publications, and was honoured to receive the Polar Medal in 1976, a second clasp in 1995 and an OBE in 2004. John’s co-author is a Research Fellow of the UK Centre for Ecology and Hydrology, and the author of ten books and over 200 research papers drawn for the most part from archival sources. His research has focused on attitudes toward, and the use of, the natural environment; the development of the environmental sciences, and the interface between environmental research and public policy making.